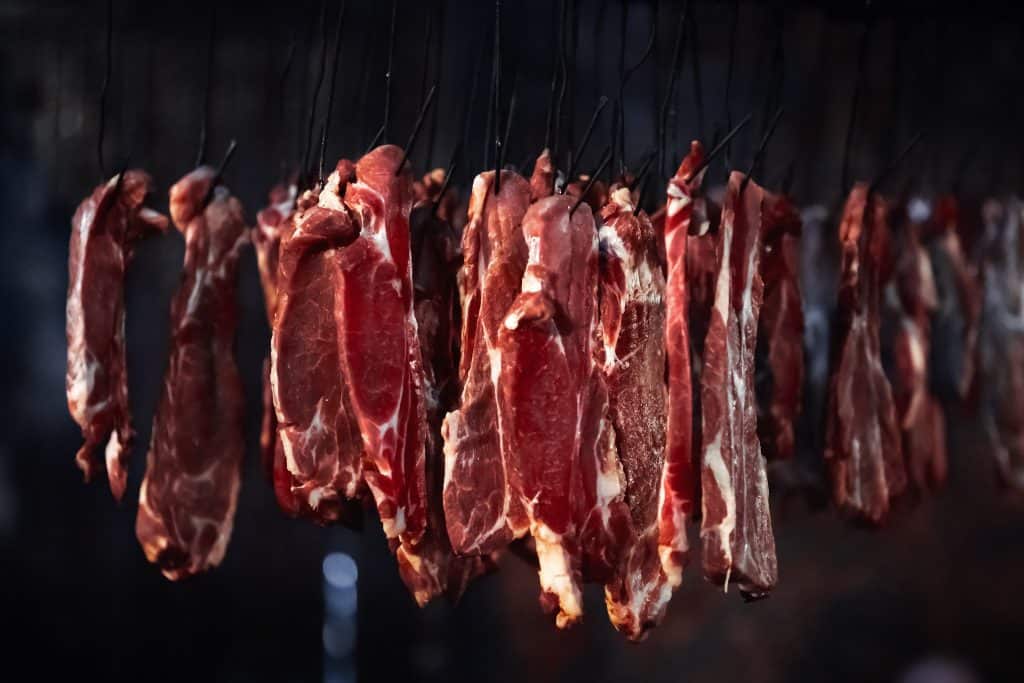 Smoking meat is a long and slow process that utilizes smoke to tenderize and add flavor the meat. But not everyone knows how to smoke meat the right way or they may end up using the wrong type or cut of meat, which can result in meat that tastes overcooked or too smoky. My guide on the meats you can smoke will show you the right way to smoke your meats, using the perfect cuts that will result in meat that’s tender and loaded with flavor.

The best meats you can smoke include:

These cuts of meat will do well in a smoker and have just the right amount of marbling and connective tissue that can provide the type of smoky flavor every grilling enthusiast loves. Remember, avoid smoking high-quality cuts of meat since they often don’t have enough fat to allow for slow cooking. Additionally, thinner cuts of meat can easily be overcooked and tend to dry out rather easily. Instead, give the meats on my list a shot. You’ll be surprised by the results and you’ll enjoy the best smoked meat you’ve ever had, right in the comfort of your own backyard.

Getting Down to the Basics

While many new barbeque enthusiasts are tempted to smoke their favorite cuts of meat, cheaper cuts of meat tend to smoke better. So, smoking your meat can actually save you a lot of money since you won’t be buying high priced cuts of pork and beef.

There are many options to choose from, especially if you’re using a hybrid grill. These are the best portable charcoal grills that also function as a smoker, so in some cases, you can use the grill to sear in the flavor, then leave the meat to smoke over the course of several hours. If you’re looking for a hybrid grill and smoker, I recommend the CHAR-GRILLER E16620 Akorn Kamado Kooker grill and smoker. 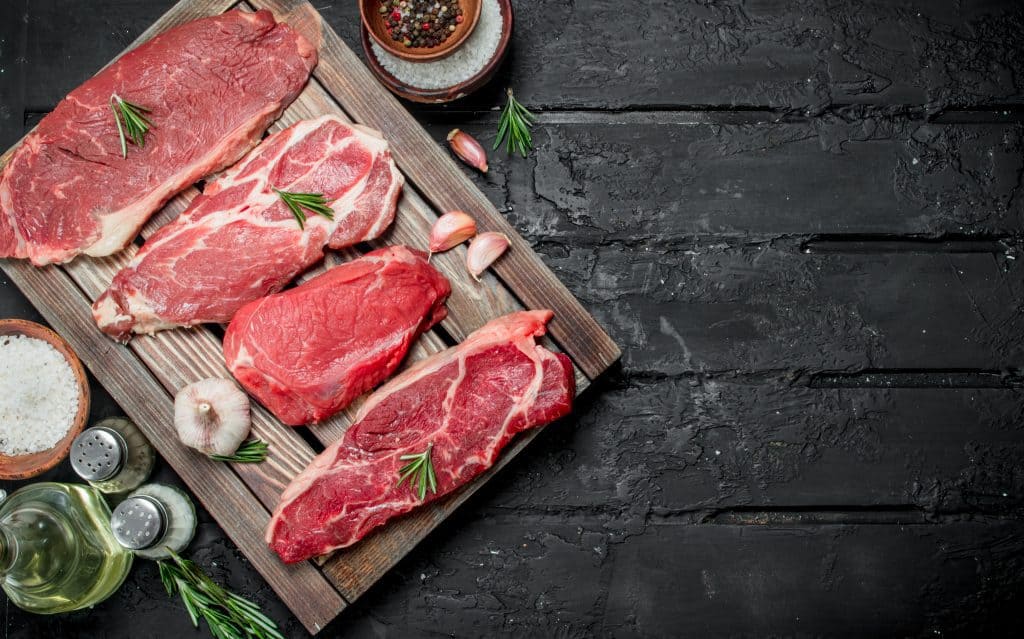 Once you have the right smoker, you’re ready to get started with experimenting using affordable cuts of meat that are ideal for smoking. But smoking isn’t as easy as many people may initially think, so don’t be discouraged if you don’t achieve the perfect results the first time or two. Learning how to smoke ribs on a gas grill or hybrid smoker is a challenge in and of itself. There are many barbeque enthusiasts that struggle with cooking beef or pork ribs. So keep in mind that ribs are one of the most difficult meats to smoke for beginners, and don’t give up. There are many types of meat in general that will benefit from spending time in a smoker.

Some cuts are loaded with connective tissue, which is what will make them a perfect choice for some prime smoking time. Smoking can actually shave about six to twelve hours of cooking time with larger cuts. With tender small cuts, you will only need to smoke the meat for an hour or two, yet it will still have a rich smoky flavor that your whole family will love.

You can smoke just about any type of meat just as long as you have a good understanding of which types of meat you’re working with, whether it’s a tough, large cut, or a small, tender cut. Below I’ve compiled a list of the best meats to use if you’re new to smoking and what type of smoking time you’re looking at.

Did you know that pork butt actually comes from the upper side of the shoulder on a pig? It can weigh anywhere between five to twelve pounds. A pork butt is one of the cheapest cuts you can smoke and it’s a lot of meat to smoke, so you’ll have plenty of leftovers. If you want pork butt that has a bone in it, make sure you choose the shoulder cut that has a bone that runs through the butt. But if the butt has had the bone removed, it’s not a big deal, some cooks just feel that smoking tends to work better with the bone in.

The smoking time for this cut is around ten to twelve hours. When smoking, I recommend using pecan or hickory chips. This cut will be ready once it reaches an internal temperature of two hundred and five degrees.

You’ll smoke this cut in a similar manner as the pork butt, however, there are some cooking tips to keep in mind. Make sure you remove the skin prior to smoking in order to allow the spices and smoke to penetrate the meat. Additionally, there isn’t much connective tissue and fat as you’ll find on a pork butt, so you may want to inject the meat with apple juice, sugar, and a little salt, for some much-needed flavor. This cut also cooks for ten to twelve hours and should be smoked with pecan or hickory chips. The target internal temp should be two hundred and five degrees, just like with the pork butt.

If you feel like you’re ready to tackle cooking some ribs, you’ll need to decide whether you want to smoke spare ribs or baby back. The baby back ribs come from the loin section and are meatier and very small. Spare ribs come from the belly, are much larger than baby back ribs and pack more flavor. If you purchase a whole slab of spare ribs, you’ll notice that it contains a large amount of cartilage and a breastbone, both of which will make the smoking process much longer.

Baby back ribs will have a smoking time that ranges from two to four hours, while spare ribs can take four to six hours to cook. I use maple, cherry, or apple wood chips. Measuring the internal temperature can be difficult, so use a toothpick instead. The meat will be ready once you’re able to slide a toothpick easily through the meat.

Smoking pork chops are quick and easy. Unlike ribs and butts, chops don’t have a lot of connective tissue, which equals a shorter smoking time. You can get some great tasting chops in as little as an hour. When you smoke pork chops you’ll shoot for an internal temperature of one hundred and forty-five degrees.

When smoking pork chops, you need to use a thicker cut. The chops should be at least one to two inches thick. If you use a thinner cut then there will be a greater chance of the chops getting overcooked or dried out. If the chops are too thin, then go for traditional grilling instead.

For many cooks, the pork roast is the best choice when it comes to a tender cut of smoked meat. With this cut, you’ll get the complexity and tenderness of a brisket, but you won’t have to wait twelve hours for it to cook.

The roast’s amount of connective tissue and marbling makes it a perfect choice for slow cooking. You’re looking at a five hour cook time. This cut should be smoked with either pecan or hickory wood chips, and has a target internal temperature of two hundred and five degrees.

Briskets are often chosen by more experienced cooks. A large, fifteen-pound brisket will take around twelve to fifteen hours to smoke, but if done right, you’ll end up with meat that’s tender and loaded with flavor. You can use pecan, hickory, cherry, or oak chips. Like most smoked meats on my list, a brisket will also have a target internal temperature of two hundred and five degrees.

Beef Baby Back and Spare Ribs

In some places, beef ribs can be hard to find, but the hunt is often worth it. there are many different cuts of beef that are sold as ribs, but the best ones are from the chuck plate. These ribs should be smoked for five to six hours and can be cooked with pecan, hickory, cherry, or oak chips. The target temp will be two hundred and five degrees.

This cut is a portion of the sirloin and it’s a tender, lean cut, unlike the other cuts of meat on my list. Tri-tip should only be cooked for an hour before it’s seared over direct heat. The target internal temp will be one hundred and thirty-five degrees. The meat itself can be smoked using pecan, hickory, cherry, or oak chips.

Smoking chicken can be pretty tricky. Often, the skin will turn dark brown and has the texture and consistency of old leather. However, there are some tricks you can use that will make the skin more edible, however, it won’t be anywhere near as delicious as when you grill or fry a chicken. Most cooks prefer brining their chicken quarters for two hours prior to smoking until they simply fall apart at the joints.

Smoked chicken will usually have a bright pink smoke ring on the surface of the meat which can make some people mistakenly believe that the chicken is still raw. You can avoid this problem by tossing the meat with some sauce in order to lightly coat it, giving it a more uniform color. For chicken quarters, you’ll only need to smoke them for about an hour and a half or until they reach an internal temperature of one hundred and eighty degrees.

Instead of smoking an entire turkey, try smoking the breasts only. Add some flavor under the skin and after smoking for two to three hours you’ll have meat that’s extremely moist and lightly smoked. Use mild wood chips, such as maple or apple. Your bird will be ready to eat once it reaches an internal temperature of one hundred and sixty degrees.

On my list I’ve included some of the best meats you can smoke. You may be surprised at the cuts I’ve chosen, but remember, it’s often the lower-quality cuts that provide the most flavor. These affordable cuts will allow you to enjoy home-smoked flavor-packed meat year-round if you have a good smoker and the skills you need to slow cook meat to perfection.

You can find out more about which cookies we are using or switch them off in settings.

This website uses cookies so that we can provide you with the best user experience possible. Cookie information is stored in your browser and performs functions such as recognising you when you return to our website and helping our team to understand which sections of the website you find most interesting and useful.

Strictly Necessary Cookie should be enabled at all times so that we can save your preferences for cookie settings.

If you disable this cookie, we will not be able to save your preferences. This means that every time you visit this website you will need to enable or disable cookies again.